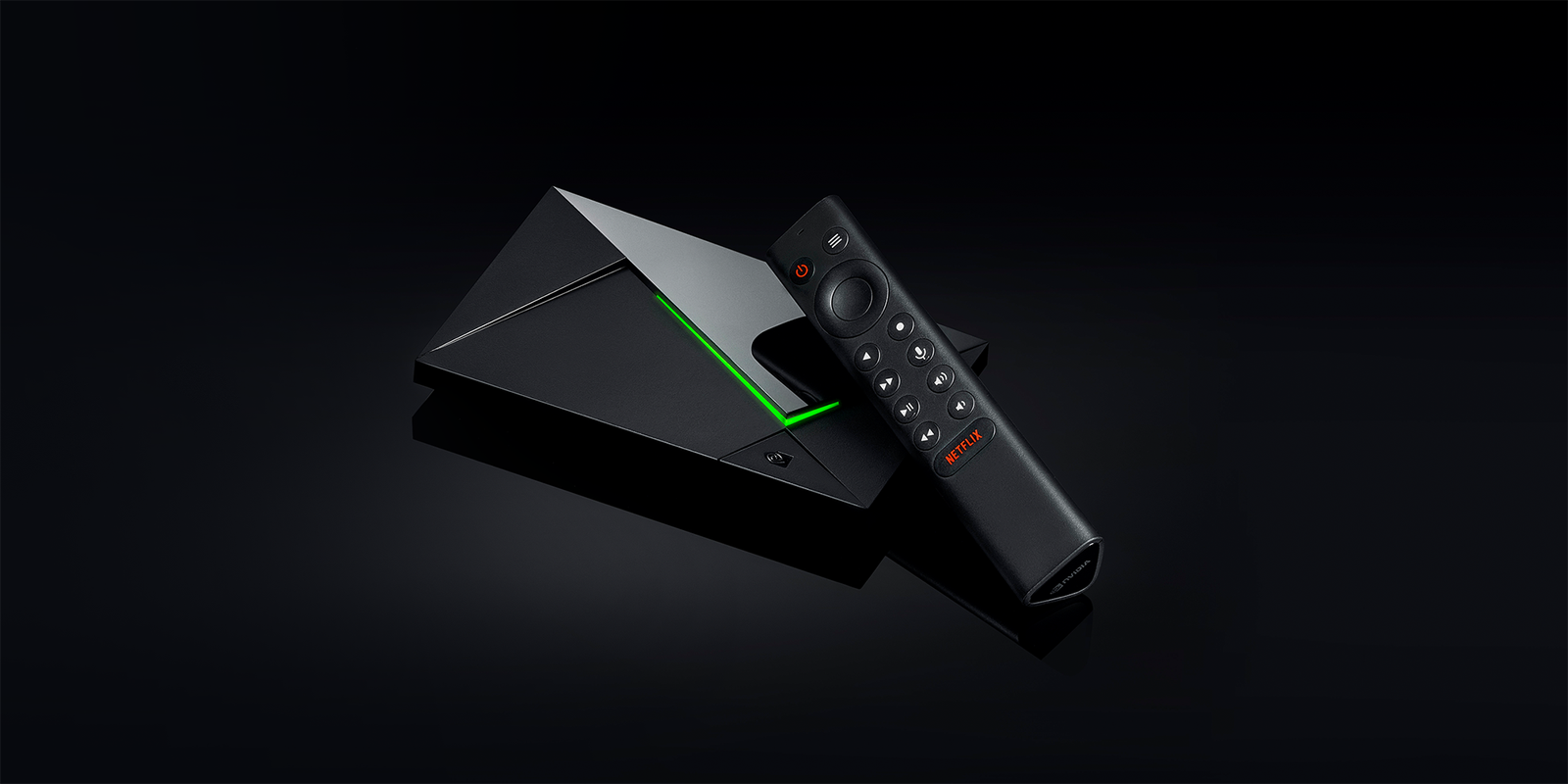 Claimed as the ultimate “Streaming Box”, this powerful little box comes with a huge punch. While it may be just an Android TV streamer, it has much more to offer than just watching Netflix.

I own a Samsung 4K TV which has the “Smart TV” functionality built in. While this covers all the basics of what is required for a smart TV, the model I own is now a few years old and pretty much not supported by Samsung. Well, when I say not supported, everything still works but it hasn’t had any software updates for a few years now and I suspect it will be listed as ‘End Of Life’ real soon. All this and I have only actually owned it for about 4 years but it was purchased from Curry’s and they tend to sell old product lines which is why they are so cheap. So the model I have is actually from 2012, so yeah I think it will be EOL soon.

Anyway, its a good quality TV, which is 4K with HDR and the picture is amazing, which is to be expected from Samsung. I also own a Sony 7.1 AVR system which is fairly new and features all the latest digital surround sound codex including ATMOS. Now while the in built smart TV features do currently include Netflix (as well as all the other main streaming services), they are only available in Dolby Digital 5.1. So I have been on the look out for an alternative streaming device for a while. I actually have an Xbox One which does have ATMOS and also has Netflix and other streaming services available, but I hate the GUI on this as it is not suited for everyday use, plus it is 1080 and not 4K. The Nvidia Shield is one device I have been watching for a while and in general is getting very good reviews. It was also updated in 2019 to include a few extra features. So last week, I bit the bullet and shelled out £189 and ordered one.

After just a week of running this powerful little box, here are my thoughts..

The box itself is a lot smaller than I expected, coming in at about the same size as a ‘large’ plus size mobile phone. It is very light but I will add to this, it feels well made and of a good quality. In the well designed packaging, it comes with a simple but user friendly remote control and a UK/EU 240 PSU block. On the back of the Shield, there is the power socket, an HDMI 2.0 socket, an RJ45 socket and 2 x USB 3.0 sockets. The device does feature built in WiFi but I would seriously recommend hard wiring if you want to get the best out of the device, or at the very least have available 5 GHz WiFi to ensure you can stream the required bandwidth. The is also BlueTooth built in which can be used to connect additional controllers including keyboards/mice and game controllers. For now, I connected a BT keyboard which helps with searching the store and I also connected an old Xbox 360 wired controller, but more on that soon.

I connected the device so that it interfaces direct with my AVR which in turn is connected to my TV’s ARC HDMI. This then means when I turn the Shield on/off, it also turns my AVR and TV on/off. The initial set-up was fairly painless and included a audio/visual sync tool to allow me to adjust the amount of audio delay that is required to match the visuals. This was achieved by a bouncing ball graphic with a ‘ping’ sound. Simply adjusting the delay timer so that the ping sounded when the ball hit the floor, which for me was 30ms. Both the Shield and my AVR have 4K up-scaling so pretty much everything is displayed at the TV in native 4K HDR. Watching non-4K content such as YouTube videos now look much crisper and clearer as a result. Once the initial set-up was complete the Shield goes to its Home screen, which is basically a standard Android TV shortcut screen. Which features all my favourite apps plus the Shield TV shortcuts which I will come to in a moment. I then logged into my Google account to allow me to access the Google Play store which will allow me to download and install just about anything from the store even the thousand of available games.

Before I come to the games part of the review, I just want to point out a few things about the TV/Movie apps. On my first viewing of Netflix, I was a little disappointed as the pictures were ‘lagging’ every second or so with a freeze or glitch. After a little searching on Google, this is related to the refresh rate of my TV not matching the FPS of Netflix. Basically YouTube and most other streaming services use 30fps, which goes into my TV’s 60Hz perfectly, but Netflix and a few others such as Amazon use 24fps which does not go into 60Hz perfectly. Resulting in a ‘dropped’ frame every second, hence the freezing/glitching. This however, was solved very simply by turning on the “Auto Frame Matching” feature which was recently introduced to solve this problem. Afterwards, Netflix was streaming with no lag/glitches and looked and sounded amazing in full 4K HDR with ATMOS (when available). Another app I installed was the “PlayStation Video” app. This was because I bought several movies on the PS Store many moons ago when I used to actually use my PS4 (which has now been removed and may be sold soon). The PS Video app is supposed to allow me to watch and indeed purchase movies from the PS Store. I downloaded and installed the app, everything was working fine until I logged into my PS Now account and afterwards the app will not launch given a “currently not available” error. I did contact Sony but they pretty much just said use my PS4 to solve, so I will not be purchasing anything from Sony Entertainment again. I also have movies on the Xbox Store, but Microsoft as of yet, do not support Android outside of the USA. There is the “Movies Anywhere” app but that only works in the US, so not exactly “anywhere” is it Microsoft…! So going forward, looks like I will be purchasing my movies from the Google Play/Movies store as they do work anywhere…

Right, the most important feature of the Shield…. Games….

The Shield has built in 2 amazing features, the first is “Nvidia Now” which is their online game streaming service. Allowing all the latest AAA games to be played using a controller on your TV/laptop/Android phone without the need to own an expensive gaming PC. However, this is restricted to games that I own via certain apps such as Steam or EPIC Games (plus a few others). Also, unless you pay a subscription of £5pm, then you are limited to a max of 2 hours per session. I tried this out and at first, I actually found it hard to find a games that I owned available to play. Eventually I found “War Thunder” and tried it out. To my surprise, there was very little input lag, especially when you remember the machine running the game is hundreds of miles away. However, the picture quality wasn’t the best. Remember I am on a 4K TV and it is advertised that 4K gaming is available but at best I was getting 1080 and to be honest, most of the time it was 720 and the picture looked blurred and pixelated.

To be honest though… I do own an expensive gaming PC, so what is the point of streaming a game from a server in the UK to be presented with a crap picture when I already own that game and can play it on my PC. However, there is another option called “GameStream”. This is basically the “Steam Link” which came out a few years ago. This allows me to connected with said gaming PC and then stream it direct to my 4K TV. I should point out for this to work you will need to have an Nvidia graphics card and it needs to be a 2070 or better in order to get a 4K picture on your TV. However, a 980 or 1070 (or greater) card will provide a 1080 up-scaled picture. I tested this with “The Crew 2” and it worked a treat, the graphics looked awesome even if it was 1080 (but up-scaled) and there was no input lag to be noticed. I was using my old trusty 360 wired controller (still the best one in my opinion) and for console type games on a TV, this mode is perfect. I would still be sat at my PC using keyboard and mouse for the more non-console games as this is the only way to play these games as I can’t shoot shit using a controller…

Finally, another great feature was using the Shield as a media streamer, as in I installed a media player app from the Play Store, connected that to my NAS media drive and then I could watch/listen to all my stored movies and music library and to be fair, everything sounded amazing as its all direct digital until it arrive at my AVR. PLEX is also available but I do not use a PLEX server as I don’t have a massive amount of stored movies.

So to round up…

As I mentioned already, this tiny little box holds a large powerful punch. It sounds and looks amazing with a very high quality sounding codex and the 4K HDR images are just fantastic. Netflix has never looked and sounded as good. Also the game features are awesome, with maybe the exception of the live internet streaming which still has a little while to wait to get better. I think once fibre to the premises (FTTP) becomes more common place to those of us who don’t want to live in a dirty city, then this service might come into the main stream. For now, this is just a gimmick and the poor picture quality makes it not worth it. All in all, I would seriously recommend this little box, especially if you have a 4K TV which is not Android and want to get the best from online streaming media.